As the project headed south in a hurry, a new wrinkle appeared, adding more stress to what was already a stressful situation. My trusty, three year old Windows XP desktop developed a bad case of the crashes. And of course, the crashes came at the most inopportune times: when editing a document to be delivered in minutes or when about to present on the WebEx. Clearly it was just time for a reformat, years of beta builds of software I’ve been documenting and wonky tools for one-off projects leaving their cruft like bad Windows applications are wont to do. 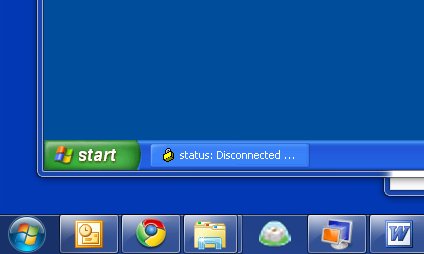 A shiny new Windows 7 box solved the immediate problem, but it got me to thinking about using virtual machines to isolate my working environment from the applications I’m documenting. But this week I was prompted by another unfortunate issue to investigate more. There are a number of otherwise fine Windows XP applications that just don’t work in Windows 7.

Fortunately, Windows 7 Professional comes with a virtual machine (Virtual PC) built in and they make it easy to run Windows XP applications (XP Mode) with a simple install. I set XP Mode to install while I was eating lunch and was up and running a few minutes later. By default, your hard drive from your host machine is available from the guest XP installation, so it’s easy to share files.

If you don’t have Windows 7 Professional, VirtualBox is a free–though not quite as easy–way to set up virutal machines. I’ve had good luck using that on my MacBook at home, though you’ll need legit *cough* licenses for whatever OS you want to install (unlike XP Mode in Windows 7).

Here are a few ideas for using virtual machines to make your technical writing day that much easier: